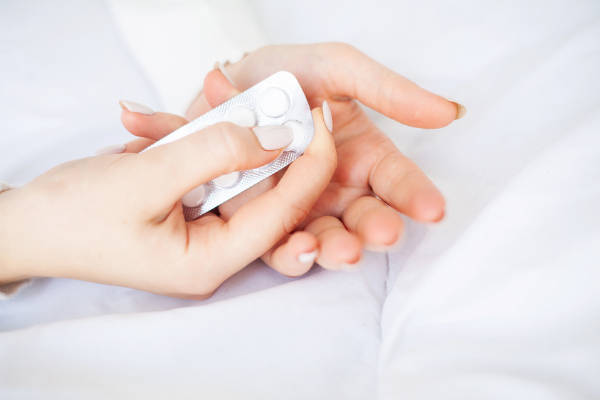 I think it’s fair to say that my experience with antidepressants over the last 13 years has been … messy.

Not only did I struggle to find an antidepressant that worked for me, but for many years I was adamant that I was ‘absolutely fine’ and didn’t want or need to take medication.

Yep, this is yet another one of my ‘irresponsible, stubborn, self-destructive teenage angst’ stories. Luckily, this one has a happy ending. Buckle up!

Choosing the right medication is a very personal choice that requires a lot of medical insight. Always consult a medical professional before stopping or starting antidepressants. For my full disclaimer plus some awesome mental health advice, check out my resources page!

My Experience With Antidepressants – The Bad

I was first prescribed antidepressants at 13 years old. I’d just been released from hospital after my first suicide attempt (or what my old ‘friends’ liked to call my ‘cry for attention’). As you can imagine, their attitude towards my mental health left me feeling ashamed, guilty and angry.

I wasn’t angry with them, though – I was angry with myself. I felt weak and pathetic for how deep into depression I’d fallen. In response to these emotions, I adopted a brand new there’s-nothing-fucking-wrong-with-me mindset that vehemently denied my mental illness.

“There’s nothing wrong with me, I’m totally better now,” I said over and over again to my CAHMS psychiatrist. He didn’t believe me and wrote up a prescription for fluoxetine, as well as an antipsychotic (we’ll get into that shit-show in another post!)

So, there I was, prescribed antidepressants that I didn’t need because I was fucking fine, okay? For the first week or so my mum kept a watchful eye on me but as time passed I was pretty much given the reign over my medication usage.

And, in my natural self-destructive fashion, I was completely irresponsible with them.

Antidepressants usually make you feel worse before you feel better. Because I was constantly stopping and starting, my body never had enough time to get used to them, so I would pretty much always feel like shit.

As I reached my mid-teens, I grew out of my ‘there’s nothing wrong with me’ phase and into an even more harmful mindset.

At 16 years old, my high-school butt knew better than any intensively-trained medical professional. Antidepressants were only for weak people, therapy was a load of bull and weed was the answer to all of life’s problems.

“Fine, there is something wrong with me – but your stupid antidepressants can’t fix it” was my new mantra.

Yes, I know, teenage Kie was a pain in the ass. But she was also incredibly traumatised and at that point was probably experiencing undiagnosed BPD. She wanted a quick-fix, an instant cure, and antidepressants just weren’t the answer.

My Experience With Antidepressants – The Good

It wasn’t until I was in my second year of university that I made the decision to give antidepressants another go.

I was 21 years old, a lot more mature and a lot less angry, but I still wasn’t immune to the stigma. I hid it from everyone, scared of other people’s judgements or pity and ashamed of the fact that I needed help.

However, I was extremely sensible with my medication and never missed a dose, adamant to give it a fair shot. The struggle was not over though – I’m someone whose hormones can’t even handle the contraceptive pill, so finding an antidepressant that worked for me was a long process.

I have an annoyingly low tolerance to side-effects. Weight gain, bleeding gums, loss of libido and brain-fog were just some of the side-effects that had me switching my medication every couple of months. Trying out so many different antidepressants was mentally exhausting, and there were times I wondered whether to just give up completely.

I’m really glad that I didn’t though! Eventually, I managed to find an antidepressant that worked perfectly for me. They didn’t magically make me happy, but they eradicated the dense, suffocating sadness that characterised my low-functioning depression. Slowly, with my new clear-headed perception, I began to get my life – and my mind – back from depression’s evil clutches.

So, if you’re thinking about taking antidepressants –

Do it! I was sceptical for so many years because I wasn’t willing to give them a fair chance, but my experience with antidepressants has taught me to be patient and safe-aware. It’s also super-important to be honest with your doctor if you’re experiencing negative side-effects or just don’t feel as though your medication is working. There is no one-fits-all, and it often takes trial and error to discover the best antidepressant for you.

Last thoughts – my experience with antidepressants has made me strongly believe that parents/guardians should be responsible for the administration of medication when it comes to mentally-ill teens, especially if they’re as in denial as I was. What do you think?

Hi! I am a mental health blogger sharing my experiences with BPD, depression and anxiety. I have created this space of understanding and healing in order to reduce the stigma surrounding mental health. I also offer lots of self-care tips to help you live your best life! Any advice I give is based off my individual experiences only.