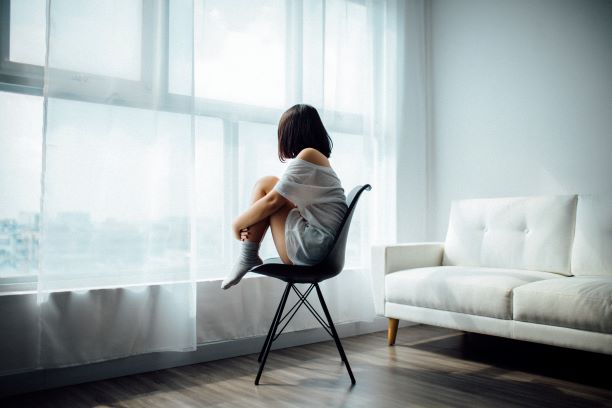 Having social anxiety is a pain in the ass. Half of me would kill to be able to socialise normally like everybody else. The other half of me wants to just move to the middle of nowhere and live out my days in blissful social isolation.

Even though my social anxiety is so much better now, I still have my bad days. In a way, I’m grateful for them because having those sporadic moments of anxiety really makes me aware of just how far I’ve come – and how important it is to continue fighting.

1 – The dread of making phone calls

No joke – a couple of years ago if I needed to phone someone, I would write out word-for-word what I was going to say and then proceed to practise my script for the next fifteen minutes. All the while I’d be psyching myself up to actually hit the call button – and usually fail!

In a funny way, a period of health anxiety I had actually helped my fear of phone calls! I would call the doctors every day convinced that I had [insert rare, life-threatening disease here], so I ended up getting pretty used to talking on the phone.

That’s often the trick to defeating social anxiety – the more you talk to people, the easier it gets.

You get known as ‘the canceller’ and people gradually stop inviting you to things. It sucks because you wish you could tell them the real reason that you can’t make it out – maybe then they’d understand that it’s not because you hate their guts. But of course, that would mean exposing your social anxiety which is every SA sufferer’s BIGGEST FUCKING FEAR!

“I’ve been quiet for too long. Should I say something? Tell a joke maybe? An anecdote? But what if it comes out wrong? What if nobody responds and it falls flat? Oh shit, so-and-so is talking to me. Do I nod and laugh? Say something witty? Damn, I can’t think of anything, I’ll just say ‘yeah’. Oh no, he gave me a look. He thinks I’m a freak. I want to go home.”

This level of self-consciousness is exhausting.

It’s not so bad when it’s a couple of weeks away, safe in the distant future. However, the closer it gets, the more anxiety-ridden you become until that get-together you’d been so up for a few weeks ago is now haunting your nightmares. In the days leading up to it, it gets so bad that you start rifling through your catalogue of excuses ‘just in case’.

Bonus points if you’re getting the same two-hour train as a casual acquaintance who sits right next to you. After an excruciating thirty minutes of awkward small-talk, praying for them to put in their headphones but also paranoid because that would be a definite sign of your inadequate conversation skills, you get off the train several stops early because you’ve just remembered that you need to meet so-and-so at whatever location the train is stopping at next.

But of course, “it was so lovely to catch up”.

6 – Your phone becomes your crutch

7 – You feel as though everyone dislikes you

Your best-friends become snakes who gossip behind your back. Your new coworkers think you’re a freak and there was definitely some animosity in your cashier’s “that will be £5.99”.

One of the worst things about social anxiety is feeling as though everyone you meet secretly hates you. Luckily, I’ve learned to cope with this feeling a lot better (and you can too by reading: How To Stop Caring About What People Think Of You.

Remember, one of the secrets to overcoming social anxiety is about making peace with the fact that not everyone is going to like you – and that’s OK!

8 – The utter agony of ordering food?

What is so anxiety-inducing about saying ‘can I get the steak, please?” Is it the fear of saying the wrong food item? The fear of your voice cracking? This one remains a total mystery to me and yet I still feel my stomach churn every time a waiter says “what can I get you?”

Ugh, if only getting a job wasn’t necessary to, you know, live and stuff. Social anxiety has affected my professional life in a pretty big – and bad – way, so it’s definitely one of my most hated things about social anxiety.

This is single-handedly the worst thing about social anxiety. Loneliness and social anxiety often go hand-in-hand because of how difficult it can be to initiate and maintain relationships. Whilst we crave social interaction, our fear leaves us unfulfilled – and often unbelievably lonely. But when we do push ourselves to socialise, we’re often left feeling like an outcast and – yep, you guessed it – still lonely af. Can’t win.

What are the worst things about social anxiety for you? Leave them in the comments!