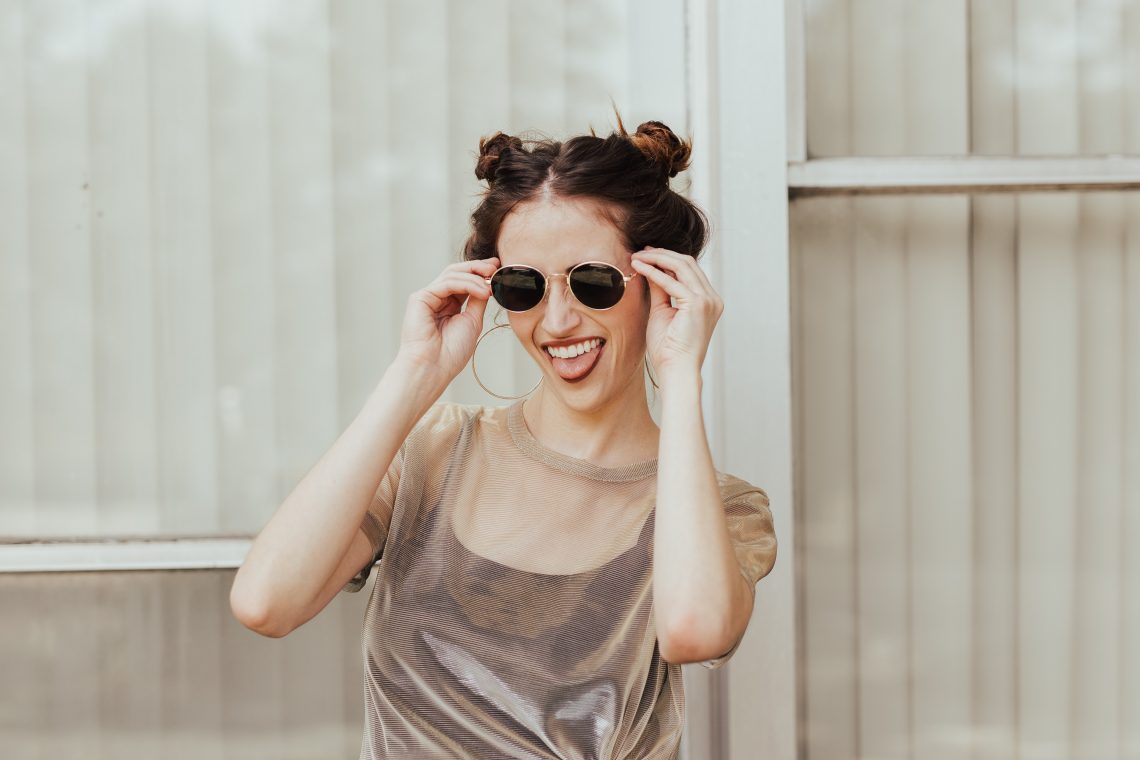 So I’ve finally reached a point in my life where I’ve stopped caring so much about what people think of me. And let me tell you – it feels fantastic!

Of course, nobody knows how to stop caring about other people’s opinions entirely. That’s because humans are innately social beings with a primitive need for approval and acceptance.

Everyone has deep-cleaned their house before a guest arrives only to tell them “sorry about the mess” as soon as they step in the door.

Everyone has consciously decided against wearing something that they wore the previous day, purely in case somebody notices.

Our desire for acceptance amongst our peers infiltrates our everyday decisions, often in a passive, subconscious way. However, if you’re like me and have ever struggled with social anxiety, you’ll know that caring about what people think isn’t something you do passively, subconsciously or every once in a while.

It is something that can take over – and ruin – your entire life.

When you have social anxiety, you’re particularly vulnerable to other people’s opinions. Low self-esteem, irrational feelings of social inadequacy and the debilitating fear of ridicule makes our desire for acceptance and external validation intensify to the point of unhealthy and obsessive preoccupation with other’s opinions. In social situations, we can get so bogged down in how we’re being perceived that we can come across as awkward or rude.

We over-analyse every conversation we have to the point where a snide comment, mocking laugh or unimpressed glare can be found in the midst of a perfectly normal exchange. We attack ourselves daily for our unlikability, our awkwardness and our inability to adhere to social norms.

All in all, we care about what people think. A LOT.

A few years ago, my social anxiety was so bad that I could barely leave the house. Even just the mere thought of socialising would send me off into a panic attack because I was constantly worried about how I was coming across. I was afraid that I would embarrass myself, that I’d be left out or gossiped about. It was such a powerful fear that I pushed my friends away and isolated myself, which only made the fear intensify further.

It affected all areas of my life and I was extremely unhappy. – until one morning.

It went exactly like this. My brain was doing its daily morning routine of imagining every potential disaster that the day could bring. After it had exhausted freak accidents, it decided to start on my social anxieties. I remember standing there thinking, for the millionth time, about whether or not so-and-so liked me, and what I could do to make them like me, and why didn’t they like me etc etc.

And then suddenly, out of pure frustration, I just shouted out loud to myself, “Won’t you give it a rest – I don’t fucking care!”

From that day on, I was so sick and tired of caring inconsequentially about other people’s opinions that I made a serious effort to overcome social anxiety once and for all. It took a lot of self-exploring, acceptance and some tough home-truths, but I can finally say that my social anxiety is mostly manageable. I’ve got so much better at brushing awkward moments off, at not over-analysing everything I say and, most importantly, at not letting other people’s opinions (or their potential opinions) affect my happiness.

So if you want to know how to stop caring what people think, here is everything I did to transform myself from a socially-anxious overthinker into a slightly less anxious bad-ass who doesn’t really doesn’t give as much of a fuck.

1. Actively Work On Your Insecurities and Core Beliefs

The secret to overcoming social anxiety ultimately lies in your insecurities.

If you have social anxiety or are particularly susceptible to other people’s opinions, the very first – most important – thing you need to do is work on your insecurities. Without this step, you will never learn how to stop caring what people think of you. Why?

Because in order to stop caring about what others think of you, you need to change the way that you think about yourself.

The deep-rooted insecurities that trigger social anxiety are often the result of traumatic social experiences like bullying or exclusion. If unaddressed, these insecurities have the potential to become core beliefs.

Core beliefs are the things that we deem to be the absolute truth about ourselves and others, shaping how we perceive ourselves, our relationships and the world. Negative core beliefs are particularly detrimental to mental wellbeing and self-esteem because we place such high value on them, believing them to be true subconsciously and without question.

That feeling of “nobody likes me” is nothing more than a negative, often self-fulfilling core belief. It doesn’t reflect truth, and part of overcoming social anxiety is learning to identify this.

So, be truthful with yourself about your insecurities. Come up with some positive affirmations to deflect them. Remember to be compassionate and objective while you explore the origins of your insecurities – after all, one idiot in high-school calling you an “ugly flat-chested slag” isn’t exactly an introspective analysis of your true character.

Or at least that’s what I tell myself 😜

Once you start challenging your core beliefs, you’ll quickly realise just how self-sabotaging (and unproductive) it is to put so much value into other people’s opinions. Start putting more value into your own opinions about yourself because they are the only ones that really matter.

Oh, and most importantly – embrace your quirks! I always used to get called weird and was so insecure about it that I’d try my hardest not to act weird – which instead just made me boring and weird. If you’re insecure about something you can’t change, make peace with the fact that it is just who you are and love yourself anyway!

Learn how to stop caring what people think by learning how to love yourself!

Using positive affirmations in your everyday life is one of the best self-love practises that you can do. If you suffer from anxiety it is an especially effective tool against negative, intrusive thoughts.

Come up with some positive affirmations that align with your aspired reality. Look at yourself in the mirror and repeat them to yourself over and over again. This is such a good way of transforming negative thought patterns into positive ones, boosting your self-esteem whilst putting your own values above those of other people. Try things like:

I use positive affirmations daily. In the beginning it was a struggle because I was so used to unconsciously spewing negative affirmations at myself, but once my brain started to adapt to these positive thought patterns, it became a lot easier to look myself in the mirror and really, truly believe what I was saying.

3. Don’t spend too much time on social media

Social media is a melting pot of insecurity where likes, comments and followers serve to validate our acceptance. It’s easy to fall down a rabbit-hole of comparisons and negative self-perceptions when your Instagram feed is full of people appearing to be living their best lives in a series of aesthetically-pleasing images. Taking time away from social media to focus on yourself, for yourself, really loosens the hold that people’s opinions have over you.

4. Realise that truthfully, people just aren’t thinking about you

I find it really helpful to remember that the average person has 50,000 thoughts running through their head every single day – and at the end of that day, they’ll have remembered only 50-100. The truth is, a large majority of everyday thoughts revolve around the self, so unless you’ve done something particularly scandalous that directly influences somebody’s life, your actions are usually no more than a passing thought.

In the same breath –

5. No-one cares or remembers that super embarrassing thing you did

So, you say something super awkward and as everyone goes momentarily silent, you feel yourself shrivel up and die on the inside. You lie awake in bed replaying the memory, imagining them gossiping about you to their friends or doing impressions of you at work. You obsess over it, allowing the fear and humiliation to permanently scar you.

But guess what? Everyone else forgot about your blunder a few seconds after it happened. Why? Because people are selfish. Unless your super-embarrassing can’t-leave-the-house-again moment had some kind of consequential influence on their lives, most people simply won’t care. Think about it: do you vividly remember other people’s embarrassing moments?

I’ve learnt from experience that the very best thing you can do when something embarrassing happens is to treat it like everyone does. Laugh it off – and let it go.

Of course, you’ll come across the occasional unwarranted remark. It’s never nice, but rather than let the opinions of a few people affect your life to the point where you feel like crap about yourself for the next 10 years, rise above it by utilising the most powerful, perception-altering thought on this list –

6. Accept that not everyone is going to like you.

Look, there are some things in life that you just have to accept in order to move on from them. My number one tip for learning how to stop caring what people think is to truly acknowledge, accept and make peace with the fact that not everyone is going to like you.

Overcoming social anxiety is about letting go of the power that people’s opinions have you. If you’re always going into situations obsessing about being liked or fitting in, you’re always going to be a prisoner to other people’s opinions. Set yourself free by accepting that just as you are perfectly entitled to not like people, people are perfectly entitled to not like you. After all, in a world containing billions of unique personalities, opinions and values, it’s ridiculous to imagine that we can appease everyone.

However, there is one person that you should be trying desperately to appease – and that person is yourself!

I used to have so much anxiety about being disliked that not only did it became a self-fulfilling prophecy, but it made me deeply unhappy because I was always second-guessing myself in social situations. I was constantly trying to mould myself into everyone else’s ‘ideal person’, which was consistently self-sabotaging because it deepened my social anxieties and limited my authentic, fun-loving personality into an awkward, desperate-to-please bag of nerves.

Once I realised that there will always be people who dislike me no matter what I say or do, I refused to allow their opinions to affect my happiness. After all, where had it ever got me? As I started working hard on practising self-love and acceptance, I gradually stopped caring so much about whether or not people liked me and began to care a lot more about whether or not I liked myself.

One of the most beautiful, liberating experiences I’ve ever had is when I encountered someone who just didn’t like me – and instead of being distraught about it, I immediately thought: “oh, who bloody cares!” and just went on with my day.

So there you have it – now go and live your best-damned life without caring about what others are thinking! If you have any other advice on how to stop caring what people think, please leave it down in the comments below 😊